Charity Cycle across Europe in aid of UYO and Marie Curie

Sign up to be a part of the Rushmere Symphony Orchestra 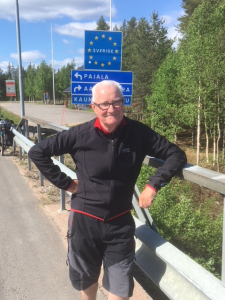 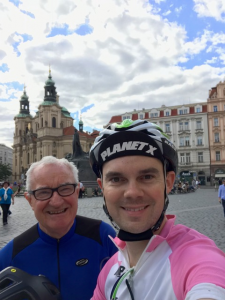 Chairman of the Board of the Ulster Youth Orchestra, David Smyth QC has been cycling across Europe with 6 friends to raise much needed funds for the Ulster Youth Orchestra and Marie Curie. The team began the first stage of their cycle in Norway on 24th May and have been cycling ever since through blistering heat, battering winds and tough climbs. Their efforts have seen them cycle from Stockholm to Copenhagen covering distances of 120k  per day as they made their way to Copenhagen. Once in Copenhagen it was on to Berlin where after a minor spill, a free meal and a change to the original route they made it to Berlin. One stolen bike, two worn out tyres, two minor spills and 2600k have now seen them arrive in Prague which signals the end of stage four of their epic cycle.

The team will be taking a break before starting on the final stage of their cycle on 15th August aiming to arrive at the Museumsquartier, Vienna on 21st August for the Ulster Youth Orchestra’s 25th Anniversary Concert.

The team have raised nearly £10,000 so far and if you would to support them click here.

To stay up to date with all their goings on you can follow UYO on facebook here. 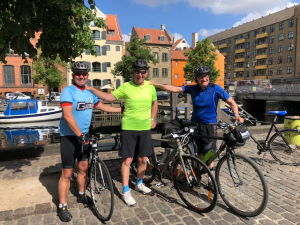